Bullying is a very difficult situation for a child, which deserves to be given full importance as parents. Learn how to recognize when a child is a victim of bullying and what you can do. 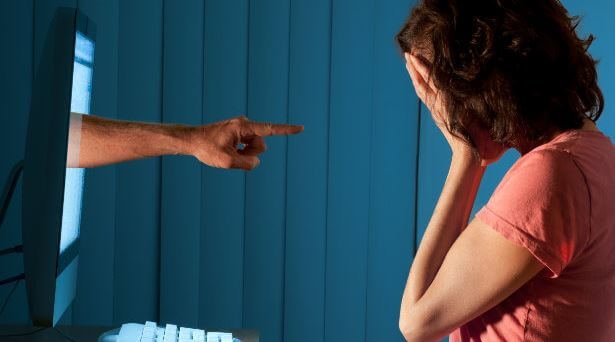 The bullying is a form of harassment that happens in schools. It is characterized by physical and psychological abuse in a permanent and constant manner. Those who carry out this type of harassment have no distinctions when choosing their victims.

Any young person can be harassed in their school environment, either because they are different or even because they are not. Generally, victims of bullying keep harassment a secret. The reasons for silence may be embarrassment, believing that they can overcome it alone or feel that they are weaker than the harasser by not knowing how to deal with it.

Signs that your child is a bullying victim

Early detection is essential to resolve and prevent permanent psychological and emotional damage in the child. Some of the following signs may reveal that your child is being harassed:

Maybe your son has never been the first in the class; but if he is being harassed, he can lower his average suddenly. Also, he may lose interest in his homework. Often missing school supplies and says he has lost them and does not know where. Another sign is that he does not want to go to classes, when he has always wanted to go.

2. Shows signs of violence or aggression

This is one of the strongest signs that something is wrong. He may have a fight once or stumble and come home with bruises. But if this happens frequently and when you ask about it, he evades you, becomes nervous, aggressive or notes that he lie; most likely he is being bullied.

These appear just before returning to school, after holidays or weekends. The child tends to present discomforts such as gastrointestinal alterations, unexplained pain, tightness in the chest. Also, it may present appetite or sleep disturbances, excessive anxiety and nervousness.

These signals in isolation do not always lead to a victim of bullying; but if you detect more than one in your child, it’s time to be alert.

The post-traumatic stress that affects the majority of the harassed involves emotional disorders, such as low self-esteem, anxiety, attention deficit, memory loss and anxiety, among the most common. Also, it can present alterations of behavior such as isolation and aggressiveness.

Types of bullying from which your child can be targeted

This type of bullying is reduced to verbal insults, nicknames, spreading rumors and humiliation by phone.

It is the most devastating way of harassment, since it does not end when the child arrives home. The humiliation that it receives is replicated in a massive way, since it increases the number of spectators.

This bullying is characterized by promoting and generating the exclusion of the victim from collective activities. The victim isolates himself and avoids contacting his companions, even evades his closest friends.

It is based on threats related to physical harm or the disclosure of some embarrassing information to the victim, the latter being the one that most fears victims over physical damage.

This type of harassment is evident by direct aggression. It happens more regularly with major hoodlums or physical size.

Actions you must take when your child is a bullying victim

Usually you work in bullying when the child has suffered more than one attack and already has sequels. The main problem is that parents tend to trivialize the fact. And the first thing we should do is give the matter the importance it has, without blaming the victim.

We must talk with our children, seeking an atmosphere of trust and companionship. Also, it is useful to go to school and discuss the subject with the teacher or director. Teachers can monitor the situation from another angle and help determine what happens.

The attitude of urging our children to return the aggression or not to be harassed without giving them a strong support is devastating for them. We must believe in our children, build a relationship of trust and support them in difficult situations like this.