Each of us, at birth, is assigned a biological sex that determines whether we are biologically male or female. Most people identify with their sex and adopt the roles of this sex, the so-called gender.

Both implicitly and explicitly, society has determined unwritten norms that tell us that there are things for women and things for men, or things that are for both genders. A clear example of this can be toys or clothing.

Currently, society is making progress so that these norms that dictate how your behavior should be according to your sex disappear and each person can act with total freedom regardless of their gender. All these changes are given by the feminist revolution and with the purpose that everyone is free to express how they feel without being judged for it, as well as favoring a more egalitarian society.

After all this brief explanation, we can ask ourselves, what happens today if a child does not feel like a boy or a girl despite the fact that her reproductive organ indicates so? That is when we find ourselves before a transgender case.

In this article we want to provide you with signs that may indicate that your son or daughter is transgender. 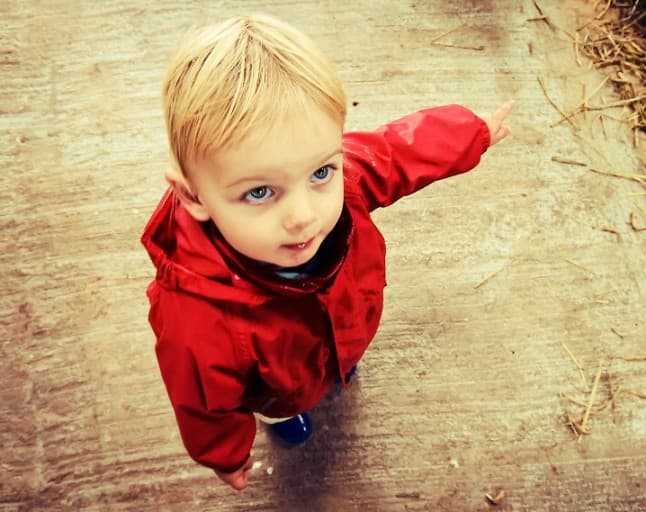 What is being transgender?

What does transgender mean? Transgender children are those who do not identify with the biological sex given at birth.

The meaning of transgender is that there is no congruence between what the reproductive organs say they are and how the boy or girl feels. In many cases, this dissonance between sex and gender produces discomfort in the person who suffers from it: the so-called gender dysphoria.

To explain in a more understandable way all the gender issues, Sam Killermann designed the “Genderbread Person” – this is a tool to explain the differences between the experienced gender, the gender expression and the gender assigned at birth. The scheme would be like this:

How can I detect that my child is transgender?

There are different actions, behaviors and verbalizations that can indicate that our son or daughter is not satisfied with the given sex, here is how to identify a transgender boy or girl:

Read: How does it affect a child having parents with mental illness?

Why are transgender children born?

The causes of a person being born in a body that does not feel like his or her own are still unknown, even so, there are some hypotheses about biological factors that can explain why there is a dissonance between sex and how the person feels.

In our anatomy, men and women present small differences at the cerebral level, on many occasions, due to the different hormones that we secrete.

Years ago, to study sexual dimorphism, a study was carried out with male and female rodents where it was observed that a brain nucleus (bed nucleus of the stria terminalis) was larger or smaller depending on testosterone levels. That means the core in men will be larger than in women. From here, it was extracted that people who present gender dysphoria have that nucleus more similar to the opposite sex.

This hypothesis shows that in transgender people there could be a functioning in terms of hormone secretion more similar to the opposite sex. It should be noted that it is only a hypothesis, and that today there is no known exact cause of what can cause non-concordance.

How can I help my trans son and daughter?

Check: What is the sudden death of a baby?

It makes easier for your son or daughter to express at home how they really feel, favors her to develop the identity that he or she wants. Try not to deny her playing with masculine games, in the event that she is a girl, or vice versa, as well as favor the clothing that she wants.

One of the things that can help at the family level, sometimes, is to understand more about gender and its complexity, for this it can be useful to form or look for an association that provides the necessary support to families and therefore to transgender children.

It is important that your son/daughter feels that her home is a space where he can communicate freely, express his concerns and discomfort as well as his joys. For this it is important not to judge and empathize with him or her.

Today, despite the cultural changes that are taking place, it is true that the transgender group belongs to a minority social group and is sometimes mocked, misunderstood or rejected, so it is important that at home they receive an environment with maximum possible reinforcement.

It is important that the person who presents this gender incongruence can have an external figure with whom to share their concerns and needs and who can give them certain tools that help manage the possible discomfort arising from the dissonance.

Try to allow your son or daughter to experience their sexuality as unconditioned as possible, so that they better understand which one suits them and themselves best.

As far as possible in the family environment, it would be good to be able to live that a member of the family is transgenic as normally as possible, making it easier for them to express themselves and not dismiss it as something “rare”, but natural.