The maternal grandmother is much more than a grandmother to a child, she is a woman with experience in life who has a special connection for him. It is a figure that will always be present in the life of a grandchild, even if he does not see it or live with him… After all, his maternal grandmother is the one who gave life to his mother and thanks to this, life could continue to grow in the family. 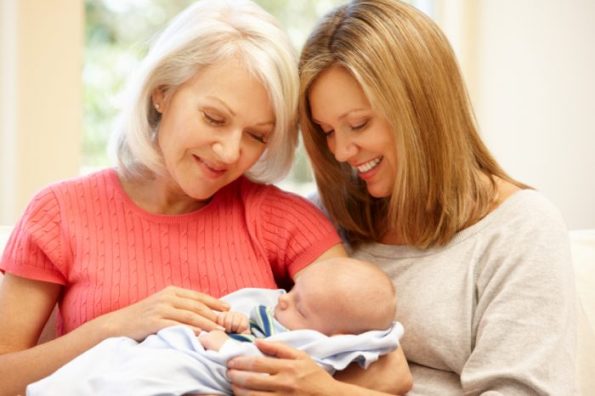 The grandmother on the mother’s side will be that woman who has great values ​​and who, without realizing it, are passing down generation after generation. But the importance of the maternal grandmother goes far beyond what we think and some research can clarify this.

The union seems to have to do with the genes

When it comes to genes or hereditary things, they are not usually followed from parents to children, but genetics goes from grandparents to grandchildren. For this reason, it is often the case that children may seem more like distant relatives such as grandparents or great-grandparents before parents, although of course, this is not always the case and there are also boys and girls who are genetic match to their parents.

There are genetic aspects that have nothing to do with the upbringing and that are passed through the genes such as a brand in the body, a way of walking, a disease, etc.

The emotional charge that goes from the grandmother to the grandchildren

Yes, it is quite surprising but it is reality and science confirms it. When the fetus is forming within the womb, it receives biological material from the mother and father, both have 50% of weight in the formation of the embryo but when the genetic participation of the father is over, the mother’s participation continues in its process of training and development of the baby.

But according to Jodorowsky, emotions are also passed on from generation to generation, from mothers to daughters and daughters to grandchildren.

According to the essayist, the emotions that the grandmother experienced during her pregnancies can be active in the daughters’ DNA and will pass on to the next generation. Despite these data provided by the Chilean essayist, there are studies that claim that the DNA of the father also carries much weight in terms of genetic inheritance.

Grandmothers (maternal and paternal) in the lives of children

Reality, in addition to what science says or what Alejandro Jodorowsky thinks may also be very different in each case. Each family is a world and perhaps for a child the paternal grandmother has more presence and learns more things from her than from the maternal grandmother.

Although some people think that the maternal grandmother can be more involved in the upbringing and development of grandchildren, it does not always have to be that way.

Every life is a world and what is important is that parents realize the importance that grandmothers can have in the emotional development of children and for this reason, it never hurts that grandmothers have a great presence in life of his grandchildren.

In this way, the little ones can nourish themselves with everything that they have to offer. Her experience, her unconditional love, her values ​​… Regardless of whether they are a maternal or paternal grandmother.