One of the biggest risks of domestic accidents in babies and children is the risk of suffocation because of what they are so curious that they put everything in their mouths.

Precisely, it is in the mouth where they have more developed endings that give them information about the objects (more than their hands), and consequently, to know them, they are taken there where they can suck, bite them and discover their hardness, temperature, texture, etc. 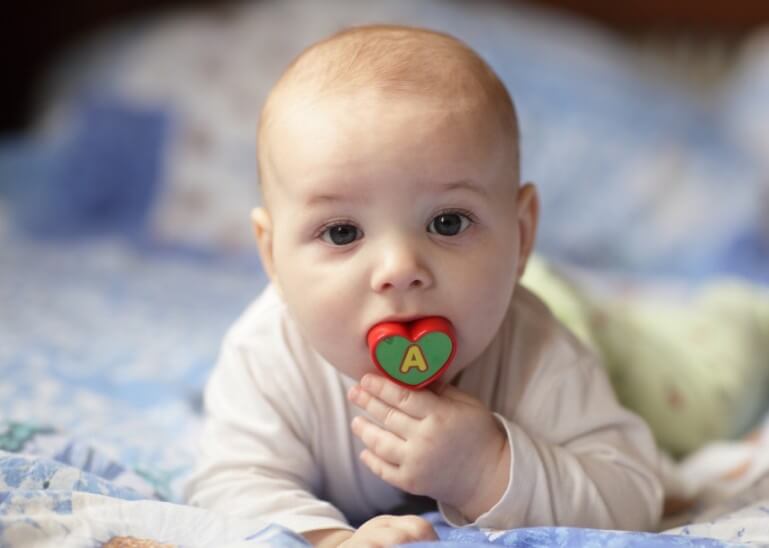 The problem with this action of taking anything and putting it in their mouth is that sometimes they can try to swallow something that they cannot swallow, or they may end up sucking something small, putting their life at risk, because of the possibility of suffocation. We leave you with nine tips to prevent suffocation due to small objects.

1. Must not fit inside the roll of toilet paper

It is the most general rule and that summarizes all the later ones. Babies should not have anything in their hands that fits inside the toilet paper roll.

If possible, it is dangerous and likely to cause problems if the baby tries to swallow or breathe it by accident.

2. Do not leave coins, screws, earrings… at their fingertips

Babies should not have at their disposal anything that catches their attention because of its brightness, shape or size. It is usual to put a toy or safe object, and next to find an object that is not childish and dangerous, and are thrown for this.

They call it Murphy’s Law, so we have to count on it.

3. Avoid medals, bracelets and earrings that can be detached

If they carry any accessory that can be detached by accident, the baby will be at risk of suffocation if it is released and we do not realize it.

A slope that falls beside her, a curious baby who takes it with her hands and decides to try it, will cause a huge shock if everything ends badly.

Related: Children at the beach: Risks for your baby and prevention

Do you know those toys whose indications say “not for children under 36 months”? Well, we must pay attention to what they say, because if they say it, it is because there are pieces or small elements that could be detached or dangerous.

Similarly, if the toys have button batteries, which are very dangerous, we must be very clear that there is no risk of them leaving the toy because the battery cover is in poor condition or similar.

6. Avoid foods that do not know how to chew well

There are especially dangerous foods that many babies and children consume because they catch them, or because parents do not know that they can become very dangerous: nuts (peanuts, hazelnuts, almonds …), sausages, apple, raw carrot, candy, cheese, etc…

It is often said that everything is small and hard, but as you can see there are foods that are dangerous because of their consistency: the sausages are soft, but depending on how they are cut they have a rubbery consistency and do not fall apart; and the cheeses, if they eat a lot at once, are made as a paste that becomes dangerous.

It is better that the food is in pieces that they themselves can manage, always soft, and not in a hurry to eat.

7. Do not scare him if he already has something in his mouth

If we see that he has something in his mouth, we should approach him with a touch, because if we frighten him with a shout or a very sudden action they can perform the aspiration of the object before we arrive.

8. Eating and running are not compatible

There are children who do not stop but mealtime has to be for that, to eat, and not to eat and jump; eat and laugh; eat and play; eat and run.

There are many children who choke or suffocate precisely because of that, to run or move too much with something in their mouths.

9. Do not give him syrup if he’s crying

The ideal, even when they have a fever and are very upset, crying, is that first we calmed them in some way. In the arms, rocking them a little, at least to reach a point where they are not in full weeping, with their mouths open and about to take a breath.

If we give them syrup at that point they could breathe it instead of swallowing it, and this would be dangerous depending on the syrup, the amount, and the point of the respiratory system that it reached.