The feeding and even more the feeding of our children and our babies has become an immense battlefield. The parents are constantly bombarded. Commercial interests, marketing strategies and the advancement of our nutrition knowledge are making it extremely difficult to make food choices. 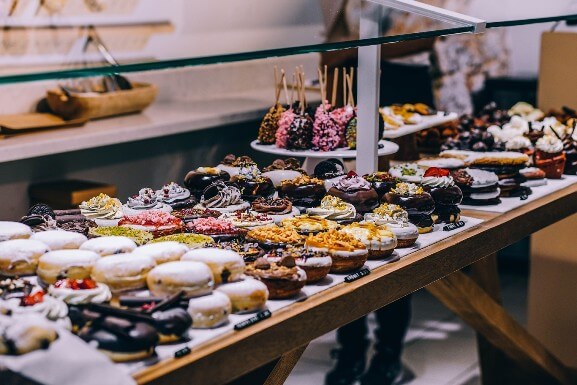 For some time now, the focus of attention has been on palm oil. That is why we have decided to flee from the noise and look deeply at the pros and cons of the most consumed oil in the world.

What is (and what is it used for) palm oil?

Palm oil is produced from the fruits of the African palm (Elaeis guineensis), an African species that was introduced in Southeast Asia and some areas of South America and that over time has become one of the essential raw materials in the preparation of food, cosmetics and even biodiesel.

Today, it can be found in a wide variety of processed products: from pizzas or sauces to ice creams and cookies, in fact, for children’s food. And yes, baby milk and baby food. In general, it is very difficult to find processed products that do not contain this little known oil.

Why does palm oil used?

Our nutritional knowledge has improved a lot during the last years. For a long time, fats (as a rule) were a first-rate food enemy. Later, we discovered that there were good fats and bad fats.

Within those bad fats, hydrogenated fats appeared as especially unhealthy. With their discredit, the producers set out to find a cheap and versatile alternative. And it found in the palm oil.

It is cheap, very cheap if we compare it with other oils or fats that are on the market. And it’s melting temperature, which is between ambient and body temperature, makes it especially interesting for confectionery. It melts only in the mouth giving a pleasant feeling of unctuousness. It is perfect for the food industry.

But of course, as it is a little known fat, the producers began to hide that they used it. The first strategy was to talk about ‘vegetable oils’. When investigations began to warn about saturated fats, Regulation (EU) 1169/2011 on food information provided to consumers prohibited hiding it in that way.

Is this type of oil bad?

In general, it is not a highly recommended product. It has a very high percentage of saturated fatty acids. And that’s the only reason why we should be careful. Both the European Food Safety Authority (EFSA) and the World Health Organization (WHO) recommend it.

It is not on a whim, WHO has reliable evidence that its continued use causes cardiovascular problems (among other diseases). However, not all saturated fatty acids are the same that is true. And in fact, the characteristic of palm oil, palmitic acid is produced by animals, plants and microorganisms. In addition to processed products, it can be found naturally in meats or dairy products.

And yes, indeed, in breast milk that also contains palmitic acid. This explains, partially, that formula milk contains palm oil. Although there are two things to consider: as with other components or nutrients, there are differences between animal and plant palmitic acid.

Is it dangerous to give products with palm oil to our children?

This question has two answers. In principle, from what we know so far, using baby formulas for the period of time they are used is not a big deal. In some cases, the structural differences between animal-derived and plant-derived acids can produce changes in the absorption of different nutrients (such as fats and calcium), but in general they are differences that fall within normal ranges. On the other hand, this acid seems necessary to correctly regulate the glucose cycle.

Actually, the problem comes later. Palm oil is in almost all processed products consumed by children: cookies, baby food, cocoa butter or butter. That consumption is problematic. Not so much for its direct effects (that also), but because when consuming these products we are educating the palate of our children in a very specific way. It also happens with sugar. This food education makes its consumption more likely in the future and, in the long term, it is a problem of the first magnitude.

So what should we do?

The best recommendation is calm and common sense. Carrying us through fashions, rumors and ‘word of mouth’ is a bad idea. The really important task is to feed our children today (in the middle of this vortex of specialized products with striking colors), but at the same time educate them for the future. Something that looks like an almost impossible task, but that gives us the opportunity to reeducate ourselves in the process.