In general, there are always some differences between sibling relationships, arguments, conflicts and some screaming are very normal things that happen between siblings, especially when there are age differences of about 4 years. However, parents should be careful with these discussions, since in some cases, they can reach a much higher level and those simple disagreements can turn into real conflicts. 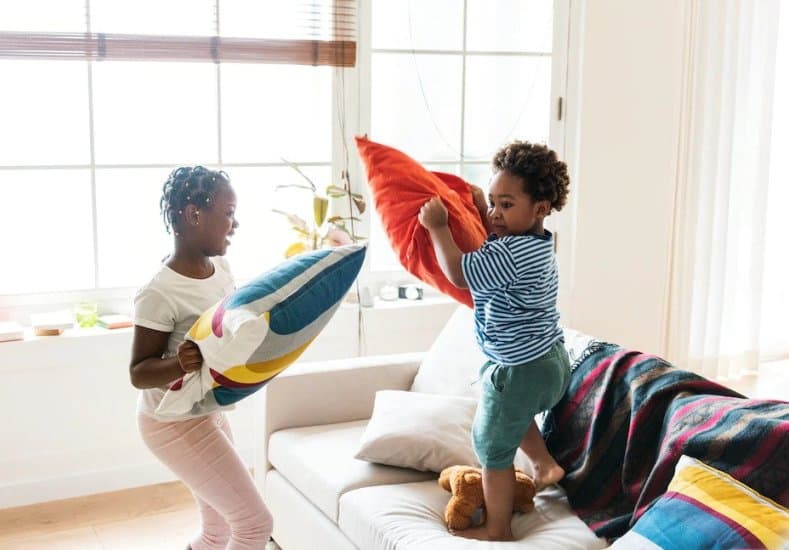 Why do sibling fights occur?

This is a fairly broad topic, which covers a large number of realities. The question is: what is behind these confrontations between siblings? Is it necessary for parents to provide the necessary attention?

In general, the simple conflicts that exist between brothers do not create a great affection between both parties; it is simply that they do not agree with each other.

In the same way, a conflict is also created, for which of the two the favorite of their parents is, this creates jealousy and envy in either party, creating conflicts and disagreements.

Also, it should be taken into account, the coexistence that the brothers have. As a parent you may ask yourself, but why do none of my children fight with another child, only among themselves? The answer lies in the time that the little ones share, apart from the fact that on many occasions, they share bedrooms, toys and many other things, this provides them with many excuses to discuss.

In general, when children have to share some things, such as toys, both want to have absolute possession of the object, seeking to mark their territory.

It is said that sometimes when a child misbehaves, forms conflict or is always getting into trouble, it is because he wants his parents’ attention. This does not mean that the parents neglect the child, but that he may think that his parents pay more attention to his brother or sister.

A case also occurs, with those siblings with quite notable age differences. On many occasions, it can cause jealousy for the older brother, for his parents to focus more on his younger brother because he is the most vulnerable.

When this happens, the older brother tends to verbally hurt the little one, and even hit him. He looks for a way to annoy his little brother, because he feels that because of the little one, his parents don’t love him anymore.

On the other hand, the example that the little ones see, this at home, on the street, but also what they see on television, on the internet and in some inappropriate video games, also has a great influence.

Many children are vulnerable to this, which is why they try to imitate the behavior of some people, who are not the most appropriate. Therefore, the role of parents is very important so that children have a good integration into society.

How can parents know if sibling fights are escalating?

For this, the only thing to do is to evaluate and analyze the behavior of both parties. This must be done in a fairly stealthy way, so that the brothers do not notice. If you see that before the fights were mild conflicts from time to time and sometimes meaningless.

But from time to time, you notice that conflicts are more constant, in many cases there are even bad words or physical violence, it is a clear sign that the relationship between siblings are not going well at all.

Related: How to create a lasting bond with your children

There are several aspects that parents should take into account to avoid fights between siblings. One of them is, not having preference for any of the parties, in many cases, this simple mistake on the part of the parents, can cause great conflicts. Besides that you can help to correct them without having to be violent with them. 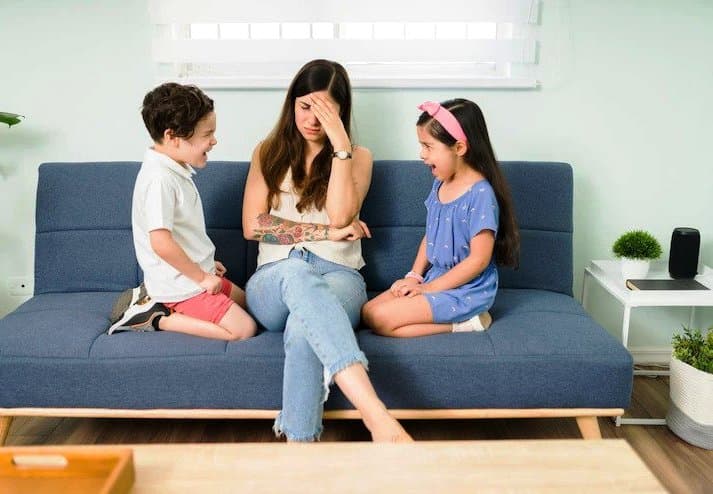 Here also lies the aspect of not having preferences. When an argument occurs between siblings, parents should try to be impartial, listen to both sides of the story, in order to achieve a fair and viable solution to the conflict.

Be a good mediator

To be a good mediator, parents must have a certain level of impartiality. When an argument occurs, many parents make the mistake of attacking one of the parties without investigating the reason for the conflict. It is creates a very unfair perspective, since perhaps the child you punished was not to blame for the conflict.

In this aspect, you should try to teach the child to take into account the feelings of the other. They should be made to understand in the best possible way that they are a team and are there to support, respect and love each other.

Whatever affects one of them, the other should understand that feeling and try to help him. When this principle is created in children, they create a very strong bond, where they will always support each other in any situation.

Children must remember who is in charge in the house. Children must be taught to respect certain rules of coexistence, making them understand who the authority in the house is and that they must adhere to the rules that have been established.